An EGI Advisor served as General Manager of a nationally branded two-step manufacturer and marketer of vertical blinds with sales in excess of $100 Million to refocus and redirect both the Commercial and National Accounts business units. The entity was owned by a major conglomerate.

The EGI Advisor accomplished the key objective with National Accounts by strengthening the partnership with two major U.S. retailers through exclusive marketing initiatives that achieved strong, mutually profitable growth. In the Commercial business, critical achievements included merging several functions of this division into the core corporate structure as well as implementation of a new customer service system that greatly improved responsiveness.

In conjunction with energizing the performance of these two business units, EGI’s Advisor played a central role in a divestiture for more than $90 Million. 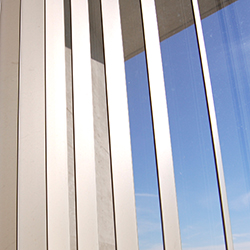