The Company was founded as a refiner of silver from secondary sources, principally jewelry scrap, to be an alternative refiner to the then industry leader. As the jewelry industry welcomed another refiner, revenues grew rapidly. The Company also began to make silver recovery machines for the photo-processing industry and followed that industry’s transformation from wholesale, large over-night labs to in-store photo processing. The Company provided the machines, in-store services, and refining of harvested silver by-products and quickly became one of three principal players in the business. It also added the manufacturing of silver grain, sheet, and wire products to its capabilities in order to obtain “value-added” margins.

When an EGI Advisor was introduced to the company, it was generating about $45 Million in revenues (less than $10 Million was value-added revenues) and about $800K in EBITDA. The Company was financing itself with bank debt personally guaranteed by the principal shareholders. After an analysis by the EGI Advisor of the company’s financial structure, finance staff, IT capabilities and systems deficiencies, an aggressive new multi-year strategy was devised and the EGI Advisor was retained to assist the CEO in executing the new plan along with systems and technology upgrades. Initial activities involved hiring a CFO and improving the financial reporting and business intelligence systems. Next, financial resources were broadened by bringing on new debt providers, a revolver, and term and acquisition finance at lower costs and without shareholder guarantees. Then, capital expenditures were executed to broaden the Company’s product line to include higher margin industrial products.

The legacy business of silver recovery for the photo industry was changing due to the digitization of photography. The EGI Advisor recognized a “last man standing” strategy and led the acquisition of the principal competitor at an advantageous price with 100% debt finance. This acquisition led to considerable market share gains, pricing power, and the stripping of duplicate SG&A costs. The Company grew to almost $200 Million and EBITDA of about $5.5 Million, a seven-fold increase. The Company invested to add gold refining and gold sputtering target and other products to broaden its customer base, increase margins, and further diversify. These new businesses and the Company’s growth had greatly increased the financing requirements of net working capital at a time when consolidation in the banking industry had reduced the number of precious metal banks, thus increasing the cost of financing.

The EGI Advisor then helped the Company hire a new COO to report to the CEO in order to lead efforts to execute Lean manufacturing and other cost savings initiatives and to broaden the company’s selling efforts globally. At the same time, the EGI Advisor was asked to lead the campaign to sell the Company. The EGI Advisor prepared selling documents, identified potential global materials science manufacturing companies, initiated contact, led buyer visits and interviews and coordinated with the Company’s legal counsel including the preparation of LOIs. A total of 12 NDAs were distributed leading to four buyer visits and three initial LOIs. Bidding was continued with two buyers and a final LOI was entered into five months later. The EGI Advisor negotiated the Stock Purchase Agreement with the Buyer and represented the Seller in the Buyer’s due diligence, including the creation of an on-line data room with over 22,000 pages allowing the Buyer to do most due diligence off-site and providing for a written record of all due diligence for use in representation and warranty matters under the SPA.

The final all cash for stock transaction was at greater than seven times EBITDA. The Buyer retained all the Company facilities and all but three employees. 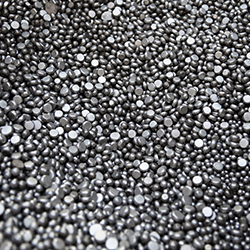