The Company retained an EGI Advisor during its search for equity. The Company was founded as an importer of cotton health/beauty products to be sold into the U.S. market. It subsequently built its own plant and opened with 25 employees. Annual sales then grew to $5 Million, but profits were never realized and the Company remained No. 7 in a seven-competitor industry. The EGI Advisor believed the industry was perfect for consolidation. EGI’s Advisor invested in the Company in return for a 25% ownership stake, a Board seat, and the role of Executive VP/CFO to focus on strategic growth.

Believing it was necessary for the Company to become a more competitive player in the industry before moving forward with consolidation plans, the EGI Advisor’s capital contribution was used to increase production capacity and expand the product line as well as relaunch the Company’s marketing programs. After just a year, sales grew 40%, with breakeven profits and cash flow. At this point, the EGI Advisor decided to start consolidating the industry. A major European firm agreed to merge its U.S. subsidiary with the Company, realizing that the Company was beginning to move ahead of it in market share. Also, another European-based firm agreed to merge its U.S. operations with the Company. As a result, three plants were combined into two and three sets of costs associated with SG&A expenses were combined into one. The Company then invested in automated production lines to reduce labor costs and clearly owned the most modern, efficient plants in the industry. Revenues tripled in two years.

Meanwhile, a major U.S. competitor accumulated three other industry players, but then struggled with the consolidation before being acquired by a private equity group. This competitor had purchased the cotton health/beauty business of a major medical products group and became the largest supplier in the Canadian market. As a result, the competitor was suffering from a high debt load, old equipment and capital constraints and despite restructuring remained victim to competition from the company where EGI’s Advisor was involved. The EGI Advisor initiated contact and the competitor agreed to sell its $85 Million revenue related business (including six plants), inventory, and receivables for $18 Million cash.

The net result: The EGI Advisor led his client to become the North American giant in the cotton business with $120 Million in sales, and four times larger than the only remaining competitor. EGI’s Advisor then sold all of his interests to existing shareholders, having taken the business from an enterprise value of $4 Million to $48 Million over the seven year period. 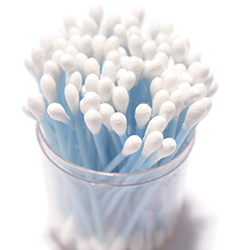