An EGI Advisor was retained as interim President by the owners of a Canadian window fashions manufacturer with an initial mandate to liquidate this start-up operation that had accumulated losses of US$22 Million.

A budget of US$3.5 Million had been established for the shutdown process. However, after an in-depth, firsthand investigation of the Canadian market, the EGI Advisor developed a strategic plan and persuaded the ownership to continue the business. While devising and implementing marketing and promotional programs, management focused on national accounts and key customers within profitable products and channels and leveraging the brand name. EGI also introduced game-changing sales and marketing programs for major retailers that produced immediate and dramatic results. The Company posted a profit within eight months.

While this turnaround was underway and prompted by EGI, ownership agreed to sell the Company, which was operated under an option, and the EGI Advisor was able to “flip” it within 24 hours by exercising an option for only US$300,000 and selling the business for US$5.6 Million, realizing a profit of US$5.3 Million instead of the US$3.5 Million shutdown cost. The successful turnaround and subsequent divestiture only required 14 months. 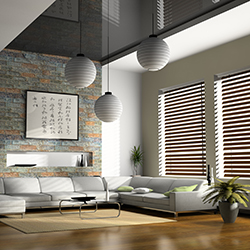